Every child matters – at every age 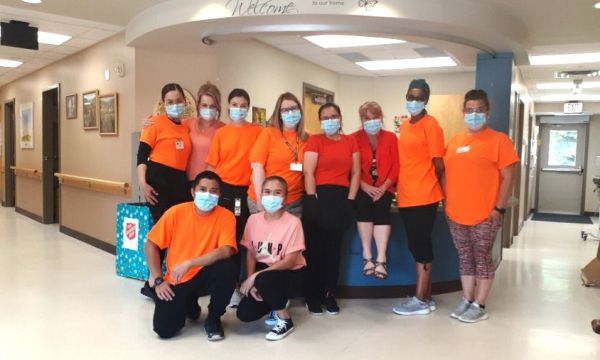 A groundswell of grief and purpose has arisen at the recent news that the bodies of 215 children have been found buried on the grounds of a former residential school in Kamloops BC. It is projected that similar discoveries will be made across the country. In honour of those children and those who survived, people have been erecting spontaneous memorials of teddy bears and flowers, and, as at Points West Living Lloydminster, wearing orange.

“The Employee Care Partners here at PWL Lloydminster got together and said, ‘We need to support this cause as a community,’ and we all wore a orange shirt this week to show support,” says General Manager Sarah Walker.

“We have a resident in our community that attended a residential school in Alberta. When I spoke to her about the discovery in Kamloops, she said that she cried and cried when she heard the news. She remembers how hard it was when she was a student at 6 years old, and the abuse she endured.”

“We wore orange not only to support the 215 lost lives,” adds Sarah, “but also for our residents and their families who are affected by this.”

What started primarily as an education initiative, Orange Shirt Day is now a national movement to recognize and redress a century of cultural genocide against indigenous peoples. With the shocking discovery at the former school in Kamloops, the Government of Canada has fast-tracked the approval of a new national holiday. The ‘National Day for Truth and Reconciliation’, is to be held every year on September 30.