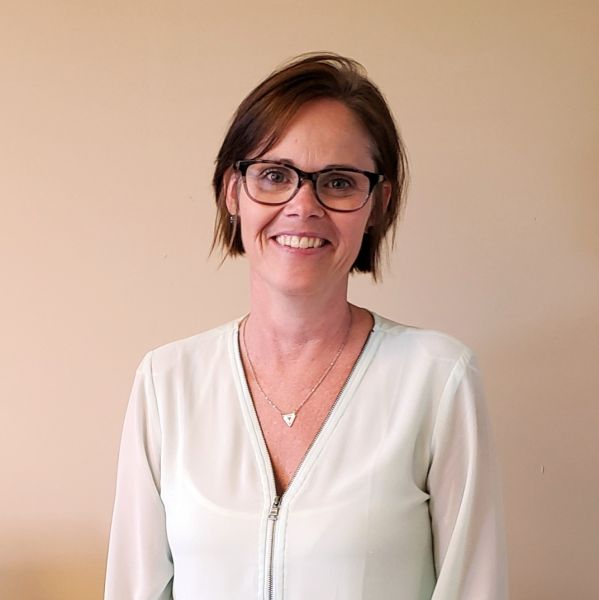 Points West Living Moose Jaw has a new general manager. With a background in early childhood education, Jennifer Montgomery has slipped seamlessly into a gentle, supportive role with residents and employee care partners. But thanks the Saskatchewan surge in COVID cases, she has had to come up to speed instantly on infectious disease protocol.

Team shows the way through COVID

“Fortunately our great employee care partner team has been through it before,” says Jennifer, “and they’ve helped me along the way, sharing what they have done previously with masking, testing, notices up everywhere, separate meal plans, and how to keep everyone safe.”

Originally from Dauphin, Manitoba, Jennifer moved to Moose Jaw in 1994, and began building a 22-year career as a certified Early Childhood Educator. By the time she was ready to take her career in a different direction by applying for the GM position at PWL Moose Jaw, she was responsible for ten early childhood operations. Jennifer was manager of five child daycares, one of which was a teen parent program, three early learning preschool centres, and two afterschool programs.

It's all working with people

Jennifer felt confident that many of her skills working directly with little kids and then overseeing the administration of their care would transition well to senior living. “It’s all working with people,” she says. “With kids you learn how to listen and not point fingers and judge; listening and letting them know they’re heard, then dealing with the situation. That’s important to seniors as well. They want to know they’re being heard. They want to know someone is there for them.”

There’s a playful side in common as well. “I like the troublemakers,” she says. “The ones I can poke and tease. I’ve built some great relationships already. It’s the same as with kids; they’re just bigger.”

The highlight so far of her weeks at PWL Moose Jaw is one night when the residents had a dance. Jennifer had asked her husband to join her on evening hall patrol duty while the dance was on, and when they joined the residents she was asked to dance, then others encouraged the two of them to take the floor. “We like to country dance,” she says, “so we flipped and twirled, and residents were hooting and hollering at us, and the next day they asked if I was sore from ‘Dancing with the Stars’!” Of course, now residents want her husband to come back and tend bar for happy hour.

“It was great. It was all about family and getting to know each other.”

Jennifer’s son, daughter, and step-daughter are all adults living in Moose Jaw, and she has two granddaughters and one brand new grandson. She loves to travel and to get away to her seasonal campsite to recharge on nature’s peace and quiet.