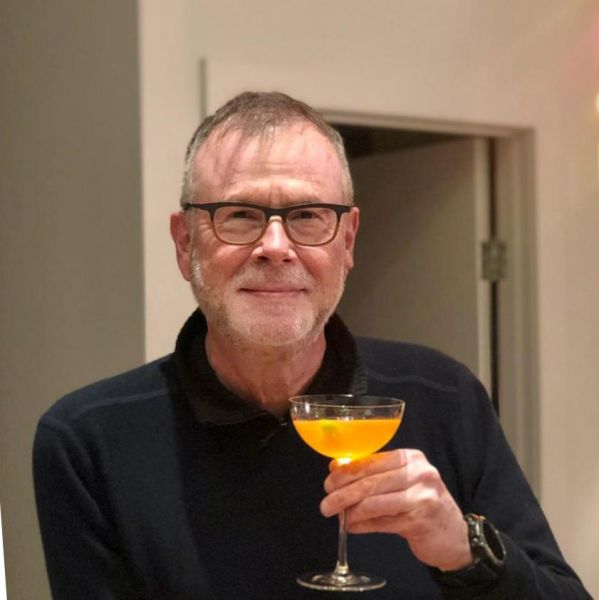 Points West Living co-founder Doug Mills passed away on September 11 following a five-year battle with cancer. Over his 66 years, Doug touched countless lives for the better by building a new standard of person-centered care for residents of supportive living communities in Alberta and beyond.

Georg Rath (PWL’s current Ambassador of Resident and Community Experience) first met Doug Mills in 1982 when they were both working at a hotel; Georg in hospitality, and Doug in sales. In 1993, the two, along with Paul Melanson (PWL’s current Director of Finance), started a restaurant business, which provided their entrée into supportive living care. “Doug was the leader in development," Georg says, "always forward looking, and never losing touch with hospitality.”

“We were asked to be in a focus group about improving services in an auxiliary hospital,” says Georg. “What we found was hospital-white walls, linoleum floors, and no choice in food. We thought, ‘If this is the norm, we can do much better, just by providing dignity through choice’; chicken or beef, apple juice or orange juice, and meal time options.”

“We were asked to take over hospitality services within that care community,” Georg says. “All we did was make and serve food to people, and that got the interest of all kinds of developers to see if we could duplicate this.” In 2000, along with other partners, they created Connecting Care to provide supportive living home care along with hospitality, and in 2006, they started the Points West Living ownership group.

“Early on, Doug was the person who discovered Dr. Bill Thomas and the Eden philosophy of care. He and business partner RN Linda Doll went to Saskatoon to become trained as ‘Eden Associates’,” says Georg. “Doug was our first. He believed as CEO he had to lead by example, to convince others that Eden was the future. The culture he introduced is still what sets us apart.”

“Doug was very gracious; an incredible person and an incredible leader,” says Georg. “He was a tireless and tenacious visionary; he would never quit half way. He would never take the front seat; he was in tune with the people around him and believed that any legacy belonged to the people that did the work, the residents and care partners.”

“I miss him terribly,” Georg says. “He gave us the opportunity to keep building, keep learning, keep evolving. For me he’ll always be there; like that little angel on the shoulder saying ‘You can do this’, ‘You can do better’.”

A celebration of Doug’s life was held on September 23rd, with close family present, and friends and former colleagues joining online.